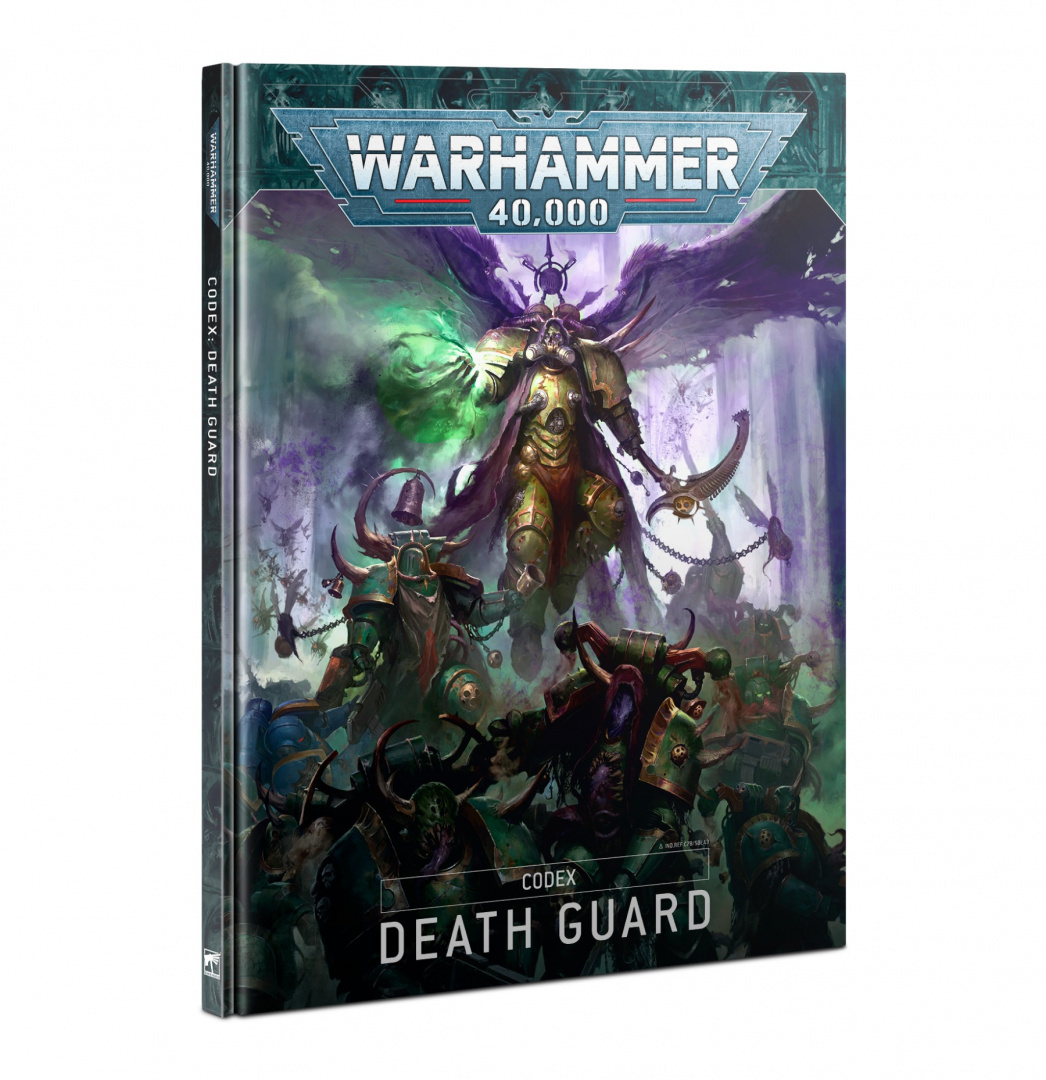 The Death Guard are the greatest champions of the Plague God, Grandfather Nurgle, his favoured spreaders of his bounteous gifts. Look upon them and see the signs: pus seeping from festering wounds that never heal; miasmic smogs of corrosive, stinking gas hanging thickly in the air wherever Nurgle’s chosen tread; the wriggling, lamprey-mouthed tick-leeches that clamp on to their rotting flesh; the droning billions of plague flies that swarm the battlefields they stalk and the ships in which they course through the stars. Few armies offer such a rich canvas for painting and modelling as the Death Guard. Every miniature is riddled with gruesome details and grisly flourishes, showing the blessings they have received from Nurgle, and in turn how they will spread the Lord of Decay’s infections. With them you can craft a truly head turning – not to mention stomach turning – force that can terrify your enemies and be disgustingly powerful on the battlefield. This book is the ultimate guide to the Death Guard, featuring in depth lore and background and the rules that you need to field them in Warhammer 40,000. Inside this book, you'll find: – Background on the reunification of Mortarion with the Death Guard during the Great Crusade, his eventual fall into heresy, and the process inflicted upon the Death Guard as Nurgle's Destroyer Plague took them. – Information on the organisational structure of the Death Guard following the Horus Heresy and how their cohesion meant they were better able to enact war upon the galaxy. – Incredible photography of units, single miniatures, and armies on terrain, both on their own and as part of battle scenes. – Datasheets that cover every unit fieldable by a Death Guard army. – Death Guard-specific Stratagems, Warlord Traits, Relics, and psychic powers. – In-depth Crusade rules that let you grow your force as it spreads diseases and plague across the galaxy. – And more!